Choosing an outsourcing destination for your business is a decision that will have an impact on your company’s success. Therefore, considering all factors is vital.

For decades China and India have been the top vendor locations, but in the last two years, European countries have changed global entrepreneurs’ views on the Old Continent.

The Baltics, for example, have significantly strengthened their presence. By achieving economic stability, Lithuania, Latvia, and Estonia have found their place in the niche and are becoming more and more attractive option for international contractors.

Eastern and southeastern areas  – Poland, Ukraine, Belarus, and Romania have also become much favorable. Their highly advanced IT sector, low tax and salary rates have established them on the outsourcing map.

However, there is one country that is on the rise – Bulgaria.

Small, yet full of potential, even despite the COVID-19 crisis, Bulgaria won the offshoring competition for 2021. Being ranked 4th in attractiveness in the old continent, and 17th in the world, the country’s outsourcing industry is expected to reach 80,000 FTEs in total by 2022.

Notable organizations like Coca-Cola HBC, HP, Microsoft, Sutherland Global Services, and KPMG have opened offices in Bulgaria, and more are yet to come. The latest company, which announced its plans to establish a service center in the capital, Sofia, is BiC. The well-known French manufacturer of consumer products shared that Bulgaria is part of their 2022 restructuring project – Invent the Future.

So what makes the SEE land so enchanting for businesses?

You will be accommodated with able employees no matter in which of the countries mentioned above you outsource your business in.

The IT and AI industry is particularly upper-leveled in all of them. For instance, Ukraine dominates the global outsourcing market in the fields of mobile development and machine learning. Likewise, Poland is one of the world’s leaders in software engineering and blockchain technologies.

Bulgaria, of course, follows the same pattern, but strives to further expand its expertise.

“If you want first-class mathematicians, try looking in Bulgaria.” – a statement from William Fitzsimmons, Dean of Admissions & Financial Aid in Harvard College, which many other officials supported through the years.

The educational system in the country has indeed adapted to the needs of the global business sector. Schools and universities are training students in more than one foreign language. IT Engineering, Computer Studies, Digital Media and Marketing are also among the most developed majors, with related programs being a substantial part of curriculums.

As a result, Bulgarians commonly have proficiencies in English, Russian, German, French, and Spanish, and the country’s IT talent pool is rapidly growing – the size of 75,000 IT specialists is expected to rise significantly in the next few years. The marketing sector is also impressively advanced – Bulgarian companies are ranked among some of the best in Europe.

It is important to note that annually, approximately 50% of the graduated Bulgarian students are suitable for the needs of the BPO industry. In regards to this, it can be stated that the abundance of educated and multilingual prospective employees is why Bulgaria is continuing to make inroads into global business outsourcing.

Despite the quality of work, Eastern and southeastern labor, is among the lowest paid in the EU. Bulgaria makes no exception.

In fact, Eurostat’s report reveals that it has the lowest average hourly rate – approximately 4 dollars per hour.

Moreover, Indeed.com exhibits that the average base salary of a USA-based Marketing Specialist for 2021 is $53,594, while for a Bulgarian-based one is $16,888. Of course, the work of a senior professional is paid at a different rate. However, the cost contrast is apparent, the performance is the corresponding.

Bulgaria also has one of the lowest personal income tax rates at 10% flat tax compared to the other European countries. Additionally, local and international startup businesses are encouraged by government tax incentives, which again is an argument of why the oldest country in Europe is a preferred offshoring destination.

On top of that, its real estate is accordingly affordable, making it suitable for any industry’s needs. Modern high-tech office facilities are located in the capital, Sofia, and in second-tier cities, such as Plovdiv, Varna, Burgas, and Veliko Tarnovo.

The Baltics, Poland, and Ukraine are especially appropriate for investors from Russia and the Scandinavia region.

At the same time, Bulgaria’s location is highly valued among international investors, whose businesses are of a global scale. The country’s proximity to central and western Europe makes it a suitable choice for an outsourcing destination, as it is only hours away from the leading business cities in the world. 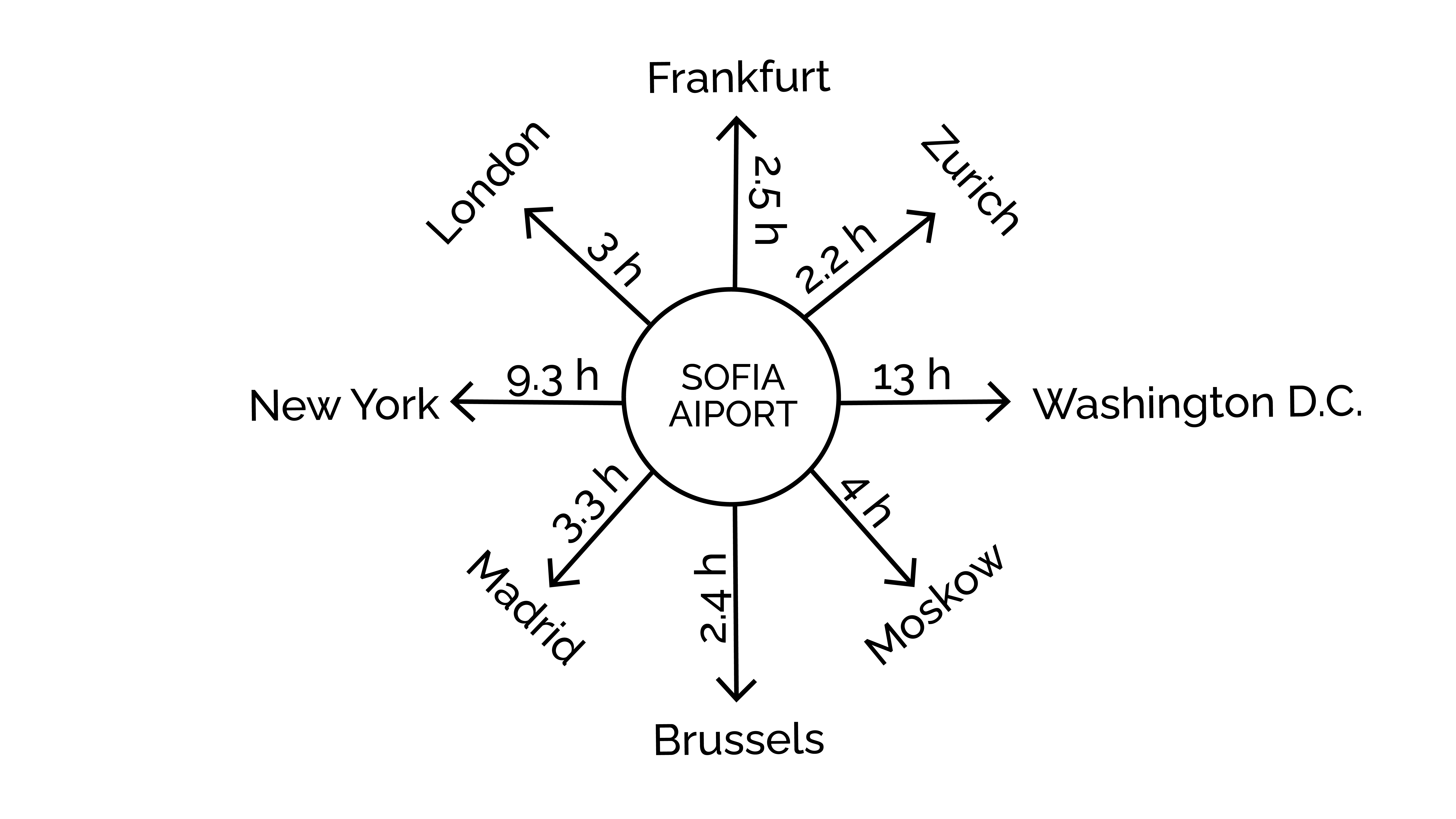 When it comes to time-zone differences, Bulgaria is only an hour ahead of Germany, Switzerland, Belgium, and Spain, two hours ahead of the United Kingdom, and seven hours ahead of most parts of the USA. United Arab Emirates   on the other hand is one hour ahead, and as for Russia, there is no time difference at all.

This allows outsourcing teams in the country to offer a round-the-clock operation cycle, which is something that international businesspeople and investors do find extremely convenient.

What does the future hold?

The distress caused by the coronavirus outbreak in 2020 inevitably impacted all business sectors. With the rise of the delta Covid around the globe, the ramifications are inevitable, and hopefully, we have learned greatly from the crisis we all went through.

Nevertheless, the outsourcing sector in eastern and southeastern countries has grown, with Bulgaria, in particular, making significant progress.

llia Krustev, chairman of the AIBEST’s managing board, commented on the situation’s particular influence on the outsourcing industry in front of SeeNews:

“Due to its membership in the EU, its well-developed digital infrastructure and extensive talent pool, Bulgaria is well poised to attract new investments as Western companies contemplate relocating operations to regions which are closer to their headquarters.”

He also added, “The extent to which we avail ourselves of this opportunity in the next year or two will be crucial with regard to how Bulgaria emerges from the crisis, how well it positions itself in respect to its global competitors and how quickly it catches up with the older members of the EU in terms of GDP levels.”

What we can conclude from his words and from SeeNews’ analysis, which reveals Bulgaria is expected to generate 8.9% of GDP by next year, is that the future looks bright for the country’s BPO industry. The COVID-19 crisis has applied damages, but has also become a catalyst for digitalization and growth.

Outsourcing Your Marketing in Bulgaria

Have you not considered outsourcing your marketing in Bulgaria? You definitely should. If the reasons explained above are not enough of a proof, give us a call, and we can discuss all the limitless opportunities.

Our Services are FREE OF CHARGE

With the outbreak of COVID-19 around the world, we have witnessed businesses falling apart, people losing their jobs, and billions of dollars lost in revenue. This is why we have decided to offer our services for FREE during this global emergency.

Our mission has always been to keep companies growing. However, today, we’d like to help keep businesses running so that the economic effect of the crisis will be minimized and people will not lose their jobs as their company’s revenue streams.

To take advantage of your services FREE OF CHARGE, just get in touch with us and we can help you keep your business up and running.